What is the impact of the corona pandemic on the digitization of healthcare? Is corona an accelerator? There is increasing demand for remote care and the sharing of data, how is this progressing? Can doctors and hospitals deal with it? Which technologies will become valuable in healthcare in the future? The large amounts of data and artificial intelligence make it possible to make predictions. What will we discover in the future? Our voice can be analyzed for healthcare purposes. What will happen with this technological innovation in the future? 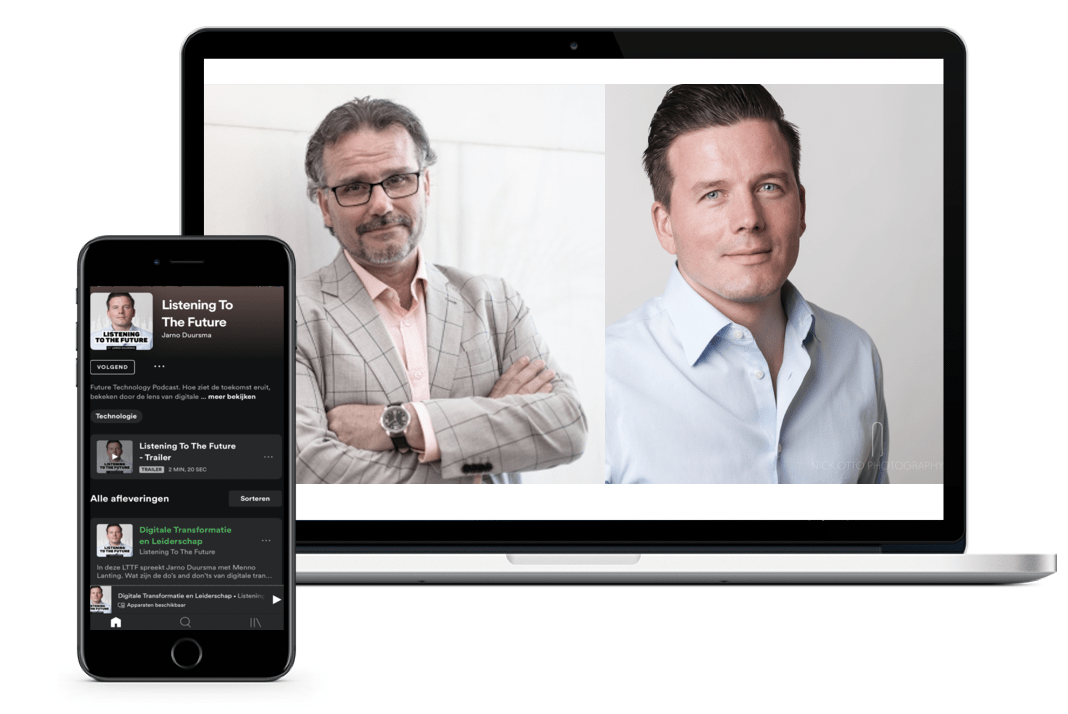 Lucien Engelen works as a Global strategist digital health at the Center for the Edge at Deloitte. He is also a keynote speaker and an author. He is a former-founding director of the Radboud University Nijmegen Medical REshape Center. He is a Linkedin influencer and one of the founding members of the Washington Post’ “The Collective” on change in health(care).

Today is a special podcast episode. I speak with Lucien Engelen about digital health care. But I don’t do that in the regular LTTF way; in this broadcast you will hear the recording of our conversation on LinkedIn Live. Lucien has a reappearing live stream there called virtual coffee. In the livestream of May 28th 2020 I interviewed him and what you’re reading here is a written summary of that recording. Enjoy listening to the future. 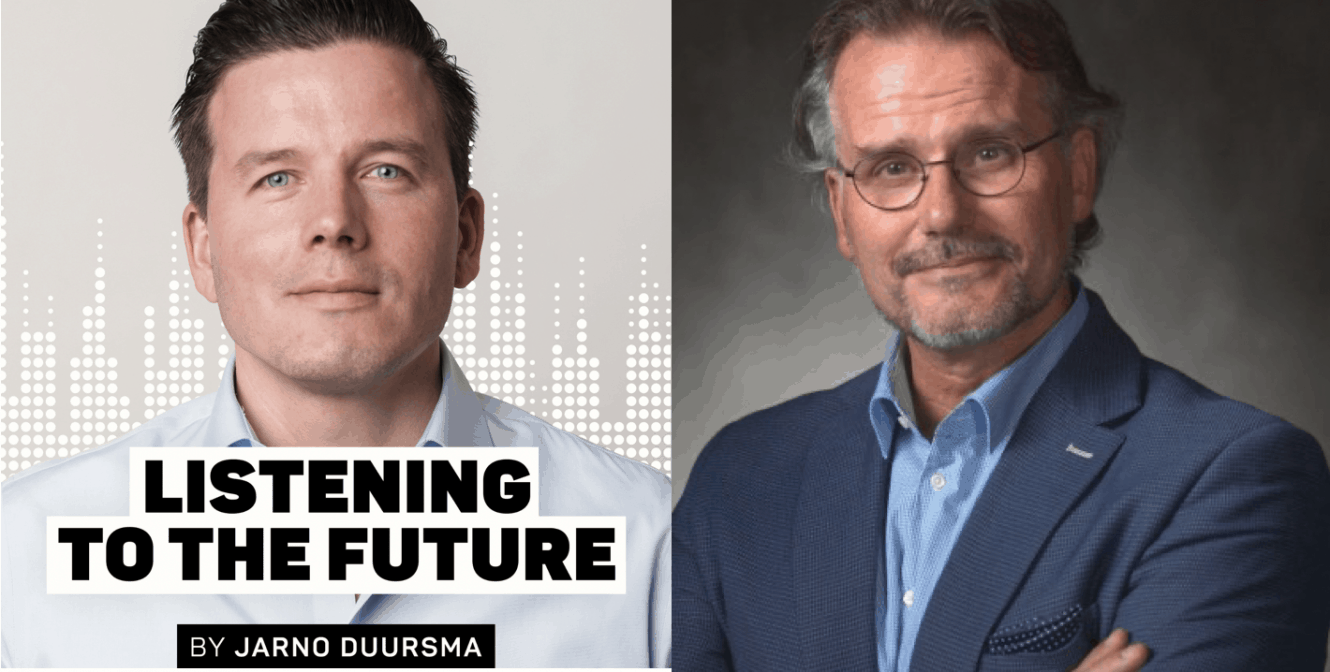 What is the impact of the Covid19 virus on the digitization of healthcare?
We see more remote care and video calls, but is more happening?
Because of Covid19, everything in healthcare went ‘back to basics’. ‘How do we best facilitate contact between the hospital, the doctor and the patient?’ There has also been an acceleration in the adoption process of remote measurement thanks to Covid19. Where patients are monitored remotely by nurses and doctors using sensors. These include heartrate, temperature, bloodoxygen-level.

Are doctors and nurses ready for these kinds of developments? And aren’t they too busy with Covid19?
Many technologies that are now in active use have, of course, been around for much longer. But with Covid19, they’re suddenly embraced. As far as I’m concerned, that’s really a good development.
I’ve been saying this a lot lately: in healthcare, we’ve been pregnant with this kind of developments for years, and now suddenly the baby has been born with a C-section. And don’t forget: healthcare professionals are used to working with data. So that’s not new.
What’s new is that it’s data from a remote source. That’s new and that takes some getting used to. It’s also in the language of the healthcare professional: you’re going to “see” the patient. Now they have to deal with watching a patient from a distance. Without physical proximity.

That also has some advantages. For example, we work with a young group diagnosed with cancer. They have to come to the hospital every six weeks for a consultation of about 10 minutes. You could do just that with video calls obviously, when the consultation only consists of verbal communication. When physical examination has to be done, a visit to the physical location is often still necessary of course.

I think that the digitization of healthcare is simply desperately needed, also for example from an economic perspective. With remote healthcare, doctors and nurses can work much more efficiently. They no longer need to see some patients, for example, because the data looks healthy from a distance. Patients are also often happy: they don’t have to take the afternoon off, arrange babysitting, ask someone to drive the car, for example. Apart from the time it takes, it also costs money.

I remember another example of a company that uses artificial intelligence to recognize whether a birthmark is malicious or not. What do you think of the development that artificial intelligence is increasingly being used for diagnostics? And how do we keep this kind of software reliable?
The company I think you’re talking about is called Skinvision. In the beginning their product was only 40% accurate, much too low of course. In the time since then, the accuracy of the software has exceeded 90% and that has also prompted a major health insurer in the Netherlands, CZ, to start working with this company.

You have to look at this kind of software like a new doctor. He or she also needs training. He also has to learn things. Sometimes he or she will make mistakes. But of course, in the end we want to ensure that artificially intelligent software is even better than human doctors in certain aspects, not necessarily because the software achieves much better results, but because it is always consistently good. Never tired, never grumpy, never in a hurry. And don’t forget: possibly to be (digitally) distributed all over the world!

When do you allow this kind of software in the doctor’s office? When are you sure it’s reliable enough?
That’s very important, of course: whenever it’s reliable and safe. That’s an important focus. But that’s no different from how we introduce a new intervention or a new drug in a hospital. Here, too, we have to take legislation and regulation into account.

You’ve told us about the prediction that in a few years’ time an ambulance will come to your frontdoor with employees saying: sit down, Mr Engelen, you’re going to have a cardiac attack. What is the status of artificially intelligent software in healthcare that is capable of making predictions?

To a certain extent, this is already the practice in the Netherlands. Approx. 800 ambulances are placed at a specific location in the Netherlands based on data and artificial intelligence. For example, how likely it is that a motorvehicle accident will occur in the neighborhood or that someone will have a heart attack. So the case in which I describe that an ambulance is going to arrive before you know that you will have a cardiac attack: that is going to happen for sure.
Listen on Spotify Listen on Apple Podcast.

My Apple Smartwatch can already detect irregularities in my heartrhythm. Millions of people around the world wear smartwatches like that. Interestingly enough the biggest heart-study in the world has been done by Apple in partnership with Stanford University. That’s the reality we are living in.

What will that future look like: will the doctor remotely log in to my smartwatch? Or log into my iCloud?
It’s not even about Apple, Google or Amazon. But it’s about technology companies in general that are already part of our daily lives. They often already know something about our daily lives, about our devices, about our purchases. This data is, of course, valuable. But what seems great to me is if this data and the techniques that Apple, for example, uses to make us yearn for a new iPhone, would also be used to make us yearn for a healthy lifestyle. That they help me do a good workout.

There are more and more companies that have also discovered the value of our voice, for example, that it tells us something about our gender, ethnicity, age and also more and more about our physical and mental health. What do you think of that development? Valuable?

Analyzing this kind of delicate data is, of course, always sensitive. But when it comes to sensitive data and privacy, it is also just who you ask the question. If you were to ask bluntly someone on the street, not living with a condition: are you prepared to have your voice analyzed by a commercial company? Then this person would say: ‘no, of course not’. But when you ask someone with underlying health problems or a familymember with serious health problems, people are often willing. So it also depends on the context. Access to healthcare is hardly of interest to many people until they become ill. That’s the way it is. This kind of technology some of it still in its infancy and we are experimenting with the possibilities. Just as we are experimenting with the possibilities of providing the elderly with a digital voice assistant. 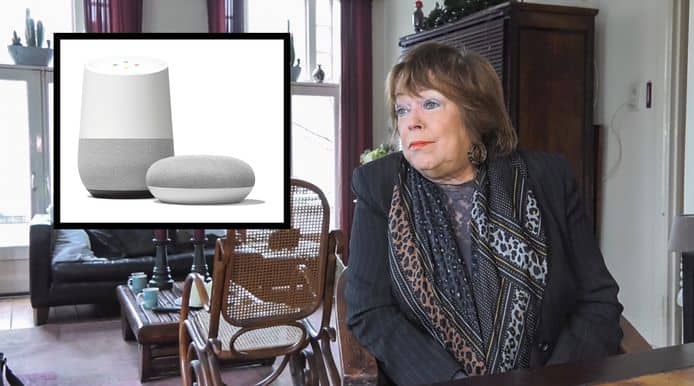 How’s it that process going? Can you tell us more about that?
There are several initiatives, but one of my focusareas is on digital assistant Wendy. Together with a company from Australia, Uneeq, Deloitte and Omring care company, we have created this virtual assistant to inform patients about Covid19. The Avatar answers frequently asked questions and can even do a little chitchat. Patients like talking to Wendy: because it’s very easy. You don’t have to explain a thing. And of course we’re only at the beginning: Dutch-speaking speech engines are far from as advanced as English-speaking.

In English, for example, there are digital assistants who help people recover after heart surgery a heartcoach created by Marie-Johnson and het husband Allan. You can show them your medicine box and the system will recognize it.
I can also imagine that you have to do exercises at home from your physiotherapist and that a digital avatar will coach you. And that of the 40 minutes of the work-out the physiotherapist logs in for the last 10 minutes to have a look and the rest is done by an artificial intelligent system that keeps an eye on your posture.